HMCT officially launched our C4PTCH4 TH1S program with a series of in-depth presentations by professionals from the field of communication—linguists, theorists, designers, and artists. The presentations addressed emoji and meme culture, generative form-making, machine vision, and new modes of inquiry. The series was presented as part of ArtCenter College’s Creative Tech Week, October 11–15, 2021.

All webinars are now available to view on the HMCT YouTube channel.

Poets Allison Parrish and Sam Creely discuss the increasing complexity of a conversation when visual or written language is transcribed into a digital environment. Whether a poem created through machine-based learning or a notated dance, conversations made through technology still contain the explicit structures and artifacts of their original language.

Allison Parrish is a computer programmer, poet, educator, and game designer who addresses the unusual phenomena that blossom when language and computers meet. Based in Brooklyn, she is Assistant Arts Professor at NYU’s Interactive Telecommunications Program, where she earned her master’s degree. Named “Best Maker of Poetry Bots” by Village Voice in 2016, Allison’s computer-generated poetry has recently been published in BOMB Magazine and Nioques. She is author of @Everyword: The Book, which collects the output of her long-term automated writing project that tweeted every word in the English language. The game Rewordable, a collaboration with Adam Simon and Tim Szetela, was published in 2017; her first book of computer-generated poetry, Articulations, in 2018.

Sam Creely is a poet, editor, bookmaker, and educator whose work engages anticolonial and queer methodologies, turning syntax against institutional systems of logic or sense. They currently live in Los Angeles and serve as an Assistant Professor in Graduate Media Design Practices at ArtCenter College of Design.

As of September 2021, there are 3,633 emojis in the Unicode Standard, and they continue to grow as a language and perhaps even have the potential to form an emoji dialect. Jennifer 8 Lee is the founder of Emojination, a grassroots group whose motto is “Emoji by the people, for the people.”

Jennifer 8. Lee is an entrepreneur, documentary producer, journalist, and seed investor. She is co-founder and CEO of Plympton, a San Francisco-based literary studio, and founder of Emojination, a grassroots group that lobbies for better representation in emojis. Lee is the author of the New York Times bestselling book, The Fortune Cookie Chronicles, which established that fortune cookies are Japanese in origin. She also served as producer of the documentaries “The Search for General Tso” and “Picture Character,” which premiered at the Tribeca Film Festivals.

Friday, October 15
The Role of Graphic Design in Technology

New tools, technologies, and techniques are impacting the expanding field of graphic design: a discipline that has transcended its role as commercial art practice to that of an essential and universal tool for communicating a multi-dimensional experience through type and image across a diverse landscape of traditional and emerging media. Our panel of educators and professionals will discuss the continuing impact of technology on typography and design.

Mike Abbink is currently the Executive Creative Director of the Brand Experience and Design Team within IBM Studios. Before that he was Creative Director for the Museum of Modern Art, Wolff Olins, Saffron Consultants, and Method [also co-founder], Design Director at Apple Computer, and graphic designer at Meta Design. Mike has a passion for typeface design. His typefaces include FF Kievet, FF Milo, GE Inspira, Brando, and IBM Plex, a large free font multi-script typeface. Mike earned a BFA in Fine Arts, and a BFA in Graphic Design and Packaging from ArtCenter.

Brad Bartlett is a designer, educator, and author. The work of his Los Angeles-based design studio has been recognized by the Art Directors Club, Type Directors Club, Communications Arts, Dezeen, AIGA 50 Books/50 Covers, Graphis, I.D., How, and Print, among numerous others. Brad has been faculty at ArtCenter College of Design since 1999, and was awarded Great Teacher in 2003 and 2014. He is the Director of Transmedia in the Graphic Design Department where he has developed Transmedia pedagogy and overseen curricular implementation. Brad is also on-screen author at LinkedIn Learning, where he recently published a course on Transmedia Typography.

Lucienne Roberts is a graphic designer, design writer and educator; founder of studio LucienneRoberts+ (LR+) and co-founder of advocacy initiative GraphicDesign& (GD&), practice and research characterised by her interest in ethical design. A graduate of Central Saint Martins, Lucienne was HMCT Typographer-in-Residence 2018. As GD& co-founder she co-originated and co-curated two major London exhibitions exploring the value of graphic design: Can Graphic Design Save Your Life? (Wellcome Collection, 2017), and Hope to Nope (the Design Museum, 2018). Lucienne is a member of AGI and was made HonFellowISTD in 2021.

C4PTCH4 TH1S is a multi-platform program that studies the linguistic trends born within digital communication platforms, the transformative effects of emergent technologies on our use of languages, and what these occurrences reveal about the future of communication. 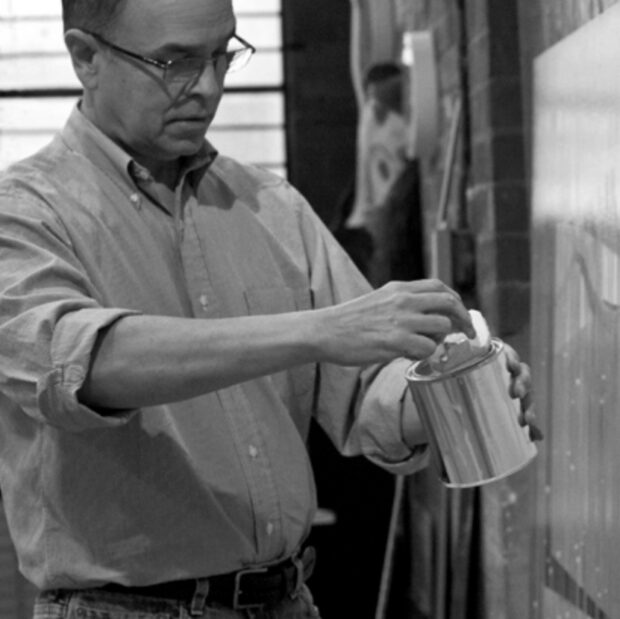 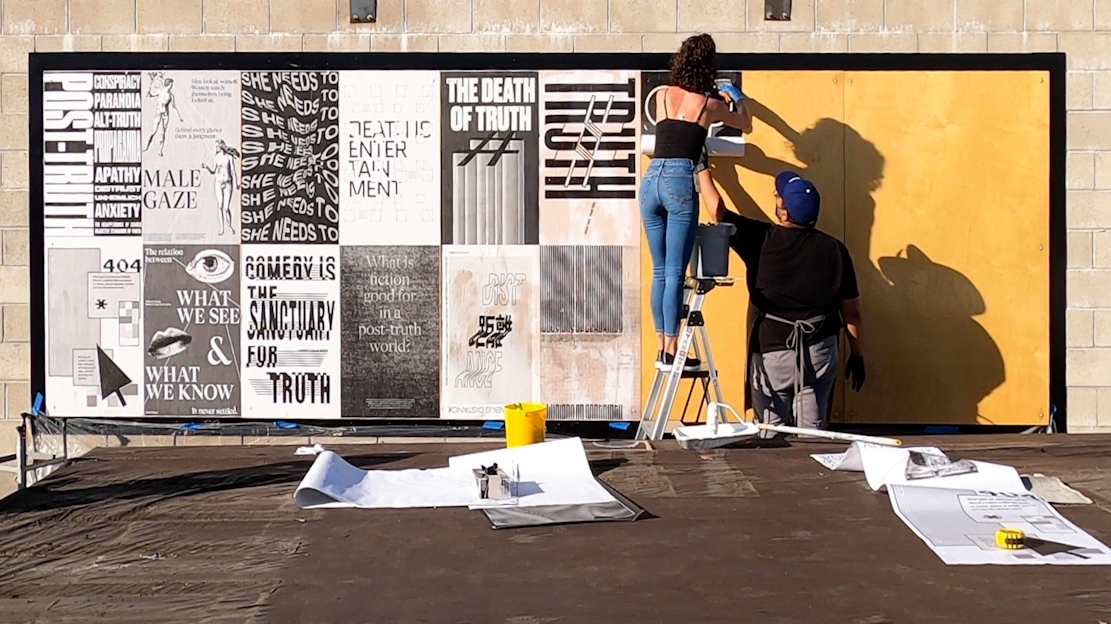 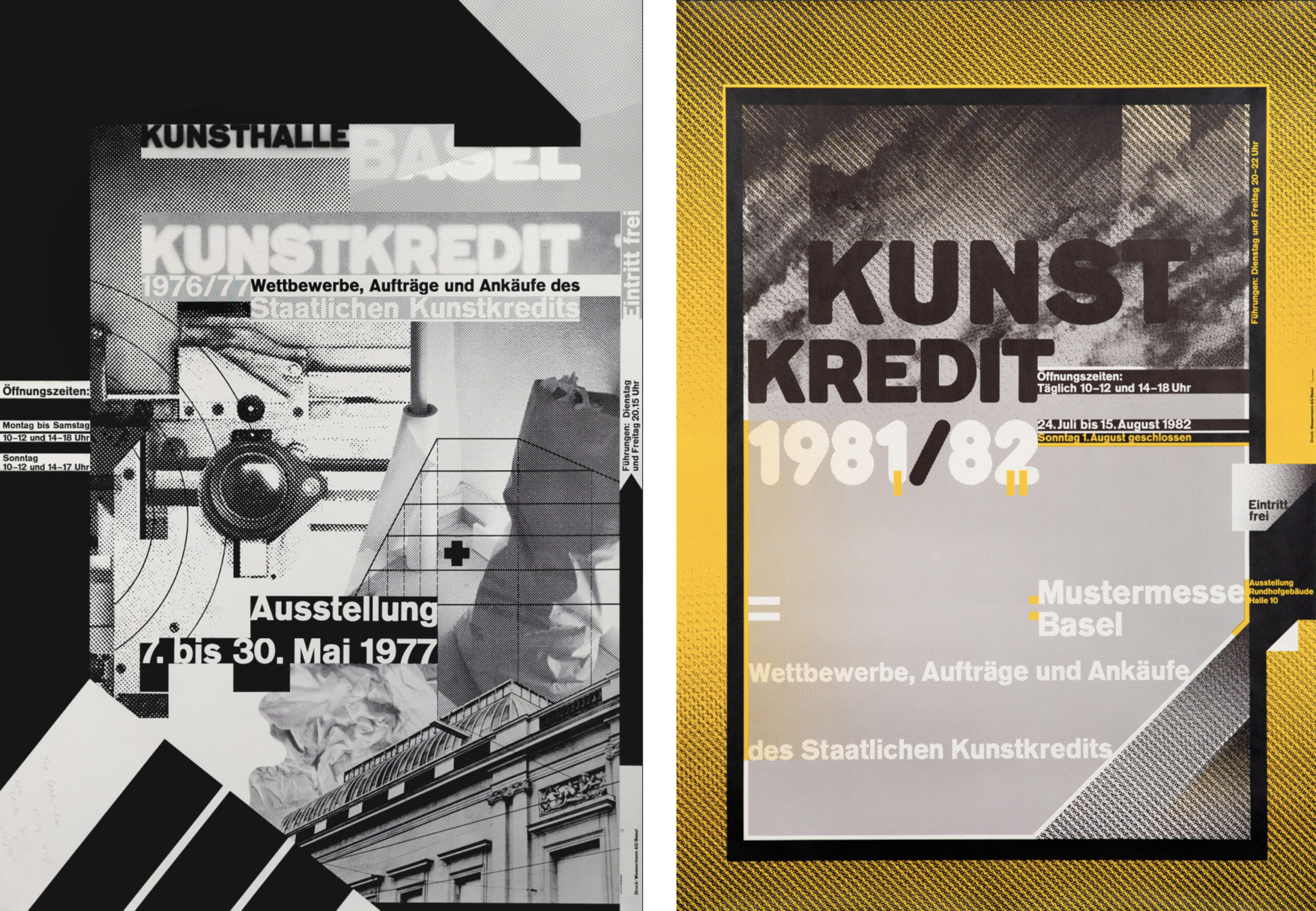