The Hoffmitz Milken Center for Typography (HMCT) at ArtCenter College of Design was founded in 2015 in memory of Professor Leah Hoffmitz Milken, a renowned typographer, letterform designer, and esteemed faculty member at ArtCenter.

HMCT is dedicated to every aspect of the typographic field. Created to serve as a home, and catalyst, for the enhanced study of typography and letterform design, the Center serves as an educational forum, design laboratory, research center, and archive. As a meeting place for learning, discussion, and the exchange of ideas and skills, the HMCT presents workshops, special classes, symposia, lectures, exhibitions, and residency programs.

Sign up to get updates and invitations to upcoming events

The mission of the Hoffmitz Milken Center for Typography is to set the global standard of excellence in typography and design education; provide a valuable service to the educational and professional communities as well as the public, reinforcing the meaning and value of typography; elevate and advance the teaching and understanding of both letterform design and typographic practice; and honor the past while also anticipating the future of typography in print, digital, and emerging media.

Located in the 950 building of the South Campus of ArtCenter College of Design in Pasadena, CA, the HMCT offers an expansive studio for classes, workshops, lectures, and visiting typographers-in-residence. The Archives of the HMCT houses a comprehensive digital font compilation; in addition, the Archives are continually adding to and updating the HMCT’s extensive assortment of important typographic books, printed matter, and unique selection of personal and professional work by notable letterform designers, educators, and typographers.

The HMCT is situated next to Archetype Press, which it oversees and maintains. The Press, a “working museum” boasting over 2,500 cases of foundry metal and wood types, allows students to learn hands-on the art and skill of creating with letterpress type.

Professor Leah Hoffmitz Milken was a multi-award-winning graphic designer renowned for her letterform expertise. As a consultant to the top design firms in America, she contributed to, and helped evolve, some of the most recognizable logotypes and identities seen today. Throughout her career, she specialized in the creation of unique logotypes and typefaces for multiple industries and media. Corporate brands benefiting from her expert typographic eye include FedEx, Nokia, United Airlines and Disney.

As an educator for three decades, Leah left her mark on students through her skilled tutelage in typography and visual problem solving, inspiring future generations of “thinking designers.” Since joining the faculty in 1992, Leah influenced a generation of graduates, many of whom have become internationally recognized experts in graphic design and typography. Notable former students include Mike Abbink, senior creative director at IBM Watson, and designer of the typefaces Kievit and Brando; and Josh Finklea, designer of the typeface Post Grotesque.

Leah’s profound dedication to teaching and her desire to give back to her students were recognized in 2008 when she was presented with an Honorary Alumna designation from ArtCenter. She was also active in the College’s Legacy Circle, an alumni-led volunteer group raising support for student scholarships. In 2013, Leah was awarded the ArtCenter College of Design Distinguished Achievement Award for her commitment to design, typography and education. She is an honors graduate of Ontario College of Art in Toronto, and pursued her graduate studies at the prestigious Kunstgewerbeschule in Basel, Switzerland. Awards and citations from organizations of note include: the American Institute of Graphic Arts [AIGA], Graphis, Type Directors Club, Association Typographique Internationale [ATypI] and The Library of Congress. 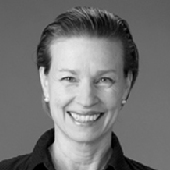 Gloria Kondrup spans both fields of art and design. As a design consultant to national and international firms, she has contributed to, and helped evolve, extensive branding, identity, and packaging systems. Corporate brands benefiting from her expertise include Aon, Avon, and Goodwill Industries. As the owner of a letterpress and fine stationery company, she developed over 100 retail and custom stationery and gift items sold on-line, through direct mail, and in national retail chains. As a full-time professor at Art Center College of Design, Gloria Kondrup has been a dedicated design educator for over two decades teaching typography and visual problem-solving. As the Director of Archetype Press, Art Center’s unique and vibrant letterpress studio, she redefines the value of typography and analog technology in the digital landscape. She was recently appointed Executive Director of the new Hoffmitz Milken Center for Typography.

Her fine art printworks and fine art press books are in private and public collections including AIGA, The Getty, and the Sackner Archive of Concrete and Visual Poetry. Because of her interest in social, cultural, and environmental issues she received the AIGA Greening of Design award.

Gloria Kondrup received her bachelors degree in Fine Art and her masters degree in Design. 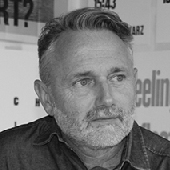 Born in England, Simon Johnston was educated at Bath Academy of Art and at the Kunstgewerbeschule in Basel, Switzerland, where he studied with Armin Hofmann and Wolfgang Weingart. In London in the 1980s he co-founded the design studio 8vo and was instigator and co-editor of the typography journal Octavo. Relocating to California, his current design practice, Simon Johnston Design, focuses on publications for galleries and museums. Clients include the Whitney Museum, Gagosian Gallery,

Getty Museum, Steidl Verlag, Blum and Poe Gallery and Yale University Press. He has lectured in the US, Asia and Europe, and his work has received many awards and been exhibited internationally. He is a professor and Director of Print in the Graphic Design Department at ArtCenter College of Design in Pasadena, teaching typography and design. He divides his time between education, book design, and his own art/photography practice, including the recently formed Verb Editions publishing house. 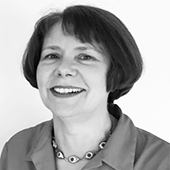 Susan Malmstrom earned a Bachelor of Fine Arts degree with a Specialization in Printmaking at California State University, Long Beach; and was awarded a Master of Fine Arts in Visual Arts from the University of California at Irvine. She has worked as an administrator and instructor for arts, cultural, and educational organizations for over 30 years, including California State University Long Beach, Arts Council for Long Beach (formerly Public Corporation for the Arts), Cerritos Community College, the Richmond Arts Council, the University of Richmond, John Tyler College, and Mocean Dance in Halifax, Nova Scotia.

Susan works with other artists in the U.S. and Canada to create installations and collaboratively produced printed works. Since 2011, she has been installing her cabinet of curiosities, The Repository of Wonders, whenever and wherever possible, including Southern California pop-up versions at the Pacific Aquarium in Long Beach, and the West Hollywood Public Library. 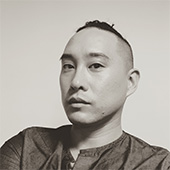 Clifford Pun is an artist, photographer and designer. He works in variety of media including photography, video, performance and installation. His body of work is about his “Asianicity,” a drag masquerade that explores persona, identity, sexuality, gender, and race. He has exhibited his work at Aljira: a Center for Contemporary Art in New Jersey, Krause Gallery in New York City, the Mills Gallery at the Boston Center for the Arts, and Human Resources in Los Angeles. Before becoming the coordinator at HMCT, he designed the publications “Enter>text: 3 years” and “Concord Press 1.”

Clifford has also worked for other artists, such as Ming Wong’s 2012 project “Making Chinatown” at REDCAT: The Roy and Edna Disney/CalArts Theater, acting as Wong’s body double. In 2011, Clifford worked as a production artist creating 1:1 scale paper models for Thomas Demand’s photograph titled “Control Room.” More recently, Clifford volunteered for the photographer Laura Aguilar in 2017, and has been a performer in Harry Gamboa, Jr.’s projects “The Sixth Expanse” and the 2017 Getty Artist Program “See What You Mean.”

Clifford completed his MFA in Photography and Media at CalArts in 2011 and his BFA at San Jose State University in 2008. Originally from Greece, Lavinia is a graphic designer whose area of specialization is spatial and print design. Her work is defined by strong research and conceptual development that often comments on social and cultural matters.

Lavinia’s background is in fine art, with a focus on sculpture and photography. She has lived in Athens, London, Paris, Pondicherry, and Barcelona, working as a designer and artist for museums and galleries. Some collaborations include the Cycladic Art Museum (Athens), a solo exhibition at the Illeana Tounta Contemporary Art Center (Athens), the Auroville Community (Pondicherry), and MAL/FOR GOOD (Los Angeles). Her travels have developed her interest in world cultures and ability to speak four languages: Greek, English, Spanish, and French.

Lavinia recently completed her MFA in graphic design at ArtCenter College of Design, and served as the 2018 HMCT Fellow, working with Lucienne Roberts, HMCT’s Typographer-in-Residence. 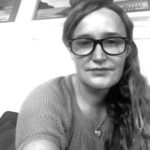 Annamaria Roskewitsch, currently serving as Research Fellow for the HMCT Archives has an MFA from ArtCenter College of Design and an MMLIS (Master of Management in Library and Information Science) from the University of Southern California. She has worked as a Library Assistant for the ArtCenter Library for nearly a decade and has thrived from working with both students and faculty in every discipline.

Annamaria also currently works as a Researcher for KCET, the local public broadcast station in Los Angeles. Her research focuses on imagery and themes for the Emmy Award-winning Documentary program Lost LA. While working on Lost LA, Annamaria has collaborated with institutions like LACMA, The Getty Research Institute, The California State Archives, Craig Krull Gallery and Joel Silver Productions to facilitate the implementation of imagery and acquiring the copyrights for archival material. Her main research focus is the history of Los Angeles and California.

Annamaria has a passionate interest in the archival process, imagery, and typography.

ABOUT THE LOWELL MILKEN FAMILY FOUNDATION

The Lowell Milken Family Foundation focuses its efforts on groundbreaking and comprehensive initiatives that provide powerful opportunities for educators, students and people of all ages. The Lowell Milken Family Foundation is based on a core belief that human capital remains the world's most important asset, and education remains the best means for cultivating human capital by providing young people with the skills, knowledge and experiences to prepare them for rewarding and productive lives. Working with ArtCenter College of Design to establish the Hoffmitz Milken Center for Typography has resulted in an enriching partnership through which to honor Professor Leah Hoffmitz Milken’s memory, as well as her extraordinary knowledge of and deep commitment to typography. The Lowell Milken Family Foundation is proud to support this mission through the work of the Hoffmitz Milken Center for Typography as it fosters excellence in an academic field that is central to design education, culture, and visual communication.